Label GMOs for their Parents 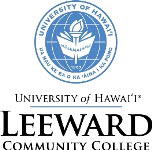 [Note from the instructor: “With GMOs in the news, and a big topic for Hawaii especially, I have my class writing a couple of essays and research papers on whether labeling GMO products should be required. The first essay is on ‘reasons for requiring labeling of foods with GMO ingredients.’ The final submissions are students’ research papers examining what research appears to show about GMOs and proposals for labeling foods with GMO ingredients.” -Danny Wyatt]

DNA segment from one species and inserting that DNA segment into the genes of another organism. This process was first introduced in the 1990s and is performed to speed up plant breeding and produce a desired trait in plants. Overtime, the primary sources of GMO foods have become corn, cotton seeds, canola oil, sugar beets, and soy beans. These crops are then transformed into food ingredients used in the myriad of processed foods Americans consume. Americans are demanding a genetically modified foods labeling law because GM foods pose health risks, restriction consumer choices, and endanger to our environment.

One of the most important reasons why Americans are demanding a GM food law is because of rising health issues believed to be related to GMOs. The Food and Drug Administration does not require any safety testing for GM foods because Monsanto, the manufacturer of GM seeds, says the product is safe. According to Smith in “Say No to GMOs”, in the past 20 years, allergies and asthma have increased during the same time that GMOs were introduced into the food supply (50). GMOs may also be the cause of a dramatically increasing number of infertility and gastrointestinal problems . The author further states that scientific research has linked GM foods to thousands of sick, sterile, and dead livestock, thousands of toxic and allergic reactions in humans, and damage to virtually every organ studied (Smith “Just Say…” 46). Research has also been conducted on rats and other animals that consumed GMO. Philpott says that in the 1990s, rats were force-fed GM tomatoes which resulted in stomach lesions and seven rats died within two weeks (5). This research shows that there shouldn’t be any reason why GM foods are still safe for humans to consume because they contain pesticides that conveniently kill bugs, yet sickens animals which leads to deaths.

In addition, according to McLure, consumers are pushing for the GMO labeling law because they believe that it is a core American value to have the right to know what they are consuming (17). Without labeling, consumers aren’t able to make informed choices about their food. Young states that if GM foods were to be labeled, shoppers would be able to make their own risk assessments about the foods they eat (A13). Consumers would have the freedom to knowledgably choose to eat GM foods or reject them, but they still cannot make that elementary choice because there is still no label to identify which foods contain GMO and which do not. The author says that Californian voters stood up for their rights to know what they’re eating, but Monsanto outrageously spent over $8 million to stop passage of the law (Stonebrook16). Even if the GM labeling law doesn’t get passed, Monsanto and other GM producers will lose a lot of customers because people are becoming more aware of GMO foods and are more often avoiding them because they don’t too know much about what they are consuming. According to Smith, non-GMO food sales rose 219 percent in 2010 alone (36) which is ample proof of the American consumers becoming more and more health conscience.

Genetically modified crops also pose risks to the environment. Smith states that there is a threat of GM seeds spreading and contaminating both organic and conventional crop fields (36). For example, corn pollen is among the largest particles found in the air. The pollen is then dispersed by wind and gravity causing it to drift to earth and cross-pollinating. Also, there may be other chemicals traveling through the air besides pollen. With the massive amounts of herbicides and pesticides being sprayed, it could be traveling everywhere instead of just staying on the intended crops. The author says that pesticides could be clinging to dust when it blows, and seeping into the waters of Kauai which could be the cause of 50,000 sea urchins that died in the last year (Hooser). If GMO crops are grown to resist pesticides and herbicides, farmers can increase the amounts they use because even at these increased levels, the crops still survive as they are genetically modified to do . According to Smith, pesticide use increased 318 million pounds in the first thirteen years since GMOs were introduced (36) despite the development of Bt corn which was to reduce the need for such pesticides. Plus, if weeds and pests start to develop resistance to these chemicals, they would have to come up with much stronger chemicals to kill the same weeds and pests. Smith says that Roundup, a major component of Agent Orange, created GM crops that are resistant to ever more toxic chemicals (36). It doesn’t make sense because weeds do eventually adapt to that herbicide and there will be no more options but to shut down the GMO producers. Once Monsanto and all the other companies that produce GMOs shut down due to GMO failure, scientists will have to experiment on GMOs to possibly reverse all the side effects and dissolve any traces of the herbicides and pesticides that people consumed.

Genetically modified foods should be labeled because that would give people the option to choose what happens to their own bodies. If they know the risks of eating GM foods and still choose to eat them, it will be their own choice. The GM producers shouldn’t have the right to say what enters the consumers’ bodies and hide ingredients that might make people sick or develop allergic reactions. A labeling law should be passed because it is wasting too much time denying the proposal. Consumers are paying money for products not knowing what they are feeding their family and that is simply wrong.

Hooser, Gary. “Full Labeling of GMO Products Is a Must.” Honolulu Advertiser. (2013).

This entry was posted in Uncategorized. Bookmark the permalink.